Looks like there’s going to be a PSP game based on the line up of Robot Spirits toyline. Battle Robot Spirits. Eeek! From the looks of it, gameplay is going to be like those arcade mecha shooter/fighting games. Like Virtual On or those unofficial Gundam and Magical Girl games. Heroman, despite being merely Incredible Hulk sized, is gonna be scaled up so he’s actually hulking compared to the other mechs. The Full Metal Panic guys will include Bonta! You know what? I bet Doraemon’s gonna be a secret character.

And leading the charge? The Tamashii Nations-bot.

Oh, and the Gundams are conspicuous by their absence, but hey, who cares about Gundams when you’ve got Aura Battler Dunbine and the “Galactic Pretty Boy” Tauburn? 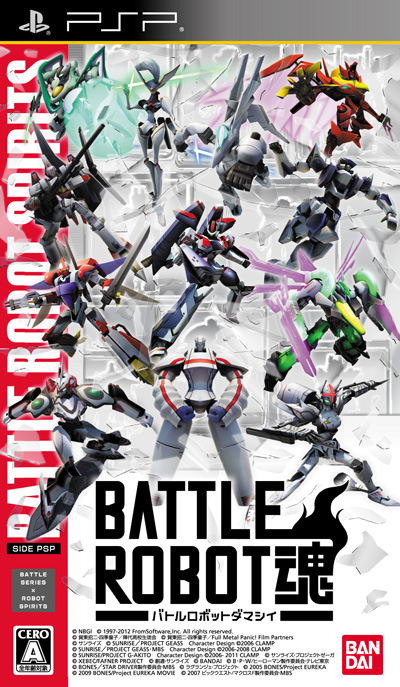 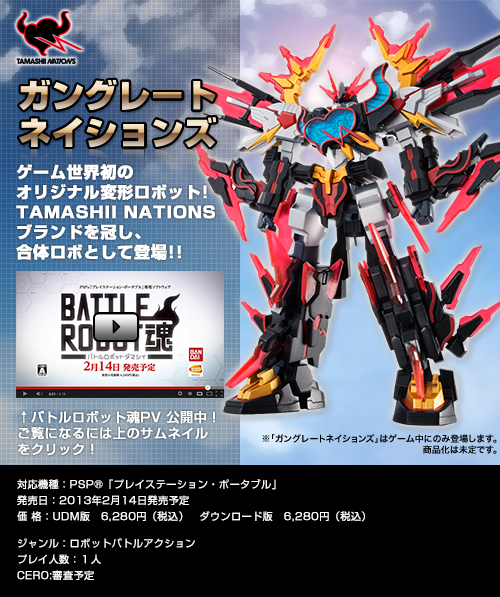