So here’s what I had this evening, on the way home from work. It’s a lil’ place that used to be called “Fortuna” but as I take its picture for this post, I see the sign doesn’t seem to be there. Maybe I’m just dumb and I’m taking the pic from the wrong angle. But that’s what the place is called. It has a few shops but this evening, as in most evenings that I happen to come here, I’m here for the “economy rice”.

And if you’re not local, because my readership before I restarted this blog used to be mostly from the US and I think Brazil, I dunno, I’ll have to check the old stats; what economy rice is, is basically they give you a plate of rice and you choose from a selection of dishes they have available. Ala a buffet. And you’re charged according to what you’ve selected. 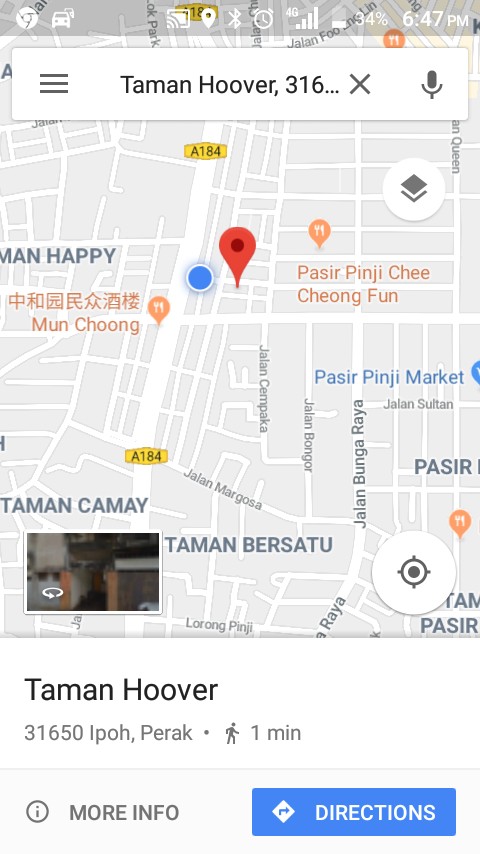 There are variations. For instance, this shop is self-service, so you get to choose what and how much you want.

In my case, I took a small portion of rice, and because I had a hankering for it on my drive home, and they happened to serve it this fine evening, I took the Vinegar-ed Pork & Turnips, but ONLY the turnips and an obscene amount of the sauce. And because it was next to the aforementioned dish, I took a HEALTHY portion of Sweet & Sour Pork as well. Mainly because I think the two dishes go together.

I sacrificed taking the potatoes (I’m addicted to potatoes) from the Curry Chicken and the super savory Curry Pork (also w/ potatoes). The Curry Pork is a fairly new addition to their menu and it is absolutely delish due to the savory aromatic-ness, bursting with umami. It’s not spicy at all and is reminiscent of Japanese style curry, where it’s more of a gravy than actual curry. 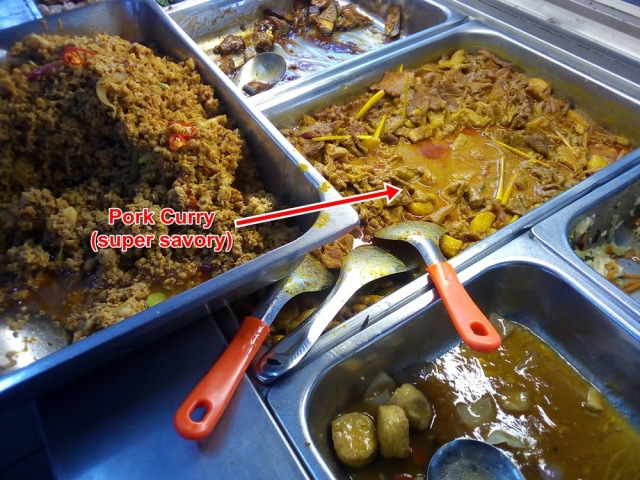 So, back to my actual selection:

Let’s talk turnip. The thing with turnip is, it’s all about the texture and where applicable, the taste absorption. The truth is, the turnips in this place used to be tough and quite a bit underdone. So after awhile, I avoided the turnips and just got the sauce instead. Then they changed things up a bit and the turnips became soft, but also kinda mushy and unpleasant. But it was way more edible than when they were underdone. But tonight, they got the texture real nice. Firm, but easy to bite through like a nice kiwi. Not only that, the turnips absorbed the flavor of the dish, right to their core. Unfortunately…

Look, I love sourness, but man, tonight, the turnips were sour. At first, it was nice while I still had rice to counterbalance the sourness. As the rice ran low, it was initially fun to munch into each turnip, as it was like a sour desert. Each turnip was a surprise party. But toward the end, it was just an unpleasant experience that dragged on and on while I desperately wanted the meal to end. It seems they added a bit too much of some sorta herb to this batch of Vinegar-ed Pork & Turnips. It had a Tom Yum taste to it. So I figure they used that herb that’s used in Tom Yum. Sure it gave the dish a kick, but they went overboard tonight.

Which brings us to the Sweet & Sour Pork. The pan was almost empty so I pretty much took at random. Ordinarily, I couldn’t resist taking just the fatty pieces but the pickings were slim, both figuratively and literally. This place’s fatty Sweet & Sour Pork were seldom orgasmically tender and “juicy” anyway. Overall, the dish was nice but didn’t really benefit from the vinegar-ed sauce that much because of the extra sourness. This combo’s usually pretty good but each dish was a solo act tonight. And by itself, this place’s Sweet & Sour Pork wasn’t exactly the greatest. It’s great when paired up well, but tonight, the turnips were ruining the double act.

Nonetheless, I saved the fatty pieces for last (another reason I wanted the meal to end ASAP) and oh my oh my, those last couple pieces of fatty pork LARD were indeed tender with the ecstasy inducing juiciness of that sweet sweet greasy Gelfling essence, ESSENCE.

Tonight’s meal started strong, slowed and dragged in the middle and toward the end, but sticks a perfect 10-point landing.

Washing it down with the remainder of my tea; overall, I was satisfied for a hefty meal that only cost me RM5.50 (+RM0.60 for the tea). That’s about a buck twenty five USD.

I’ll talk a bit more about this place in future; its history, the other branch, the people etc. I’m sure I’ll be revisiting it because, duh, it’s cheap, yummy and on my way.